Workers on strike at Dongguan factory that once hosted Hu Jintao

Hundreds of workers at SAE Magnetics in Dongguan have been on strike since Monday 18 April, protesting forced layoffs and attempts by management to avoid paying compensation. (See photo below). 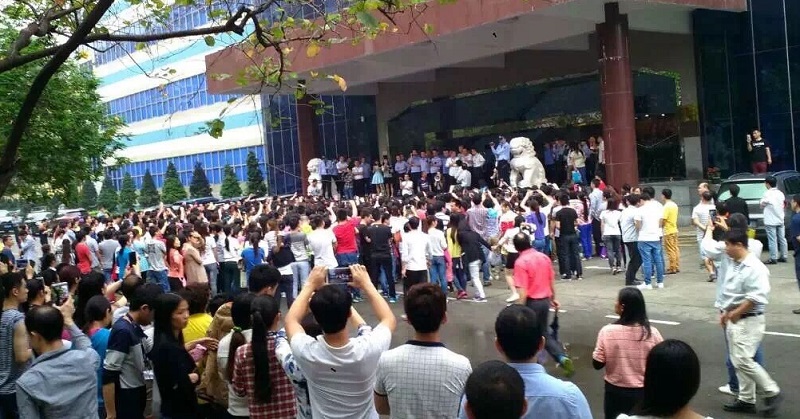 The company, which manufactures parts for hard disk drives and employs around 10,000 workers, announced plans to shut down one large department last week, threatening the jobs of many workers who had been employed at the plant for more than ten years. 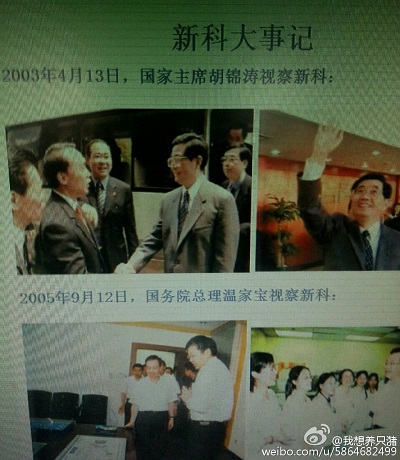 The entire factory, which was once portrayed as a shining example of China’s economic miracle and hosted former President Hu Jintao and former Premier Wen Jiabao in the 2000s (photo left), is now threatened with closure.

The workers demanded full payment of the lay-off compensation they were legally entitled to but got no response from management. As a result, the workers stepped up their actions yesterday and blocked the front gate of the factory. One worker explained:

“Management stole our compensation money so we went on strike! Today is the third day and things still haven’t been resolved, so now our strike will escalate… our boss has such a black heart. Who will protect the interests of us workers?”

Once the workers escalated their collective action it brought an immediate response from the local authorities who had ignored their complaints up until then. Local government officials, flanked by police, arrived at the factory on Thursday but failed to convince the strikers to return to work.

Posts of the strike have been deleted on social media platforms but a flood of information from striking workers continues to come forward.

SAE Magnetics supplies major brands like Western Digital, Samsung and Toshiba. SAE’s headquarters are in Hong Kong and is a wholly-owned subsidiary of Japanese electronics giant TDK. SAE’s website shows the company has around 20,000 employees and at least two locations in different parts of Dongguan, the plant in Nancheng and another in Chang’an.

The declining fortunes of SAE Magnetics in Dongguan are emblematic of the municipality as a whole. Once known as “China’s factory to the world,” Dongguan has seen thousands of factories close down or relocate over the last few years. Although some new factories have opened up, the city is still lagging far behind its neighbours Shenzhen and Guangzhou in developing new financial, commercial and service industries.