As wage arrears escalate in the run up to the Lunar New Year, the trade union needs to act

Thirty-one-year-old construction worker, Mr Cao, had just been sacked and was owed three months’ wages. On the afternoon of 1 November, after downing a few beers in the workers’ dormitory, he bumped into Mr Cai, the labour contractor who had hired him. Mr Cai once again refused to pay up and Mr Cao grabbed a knife and stabbed his boss in the leg. Colleagues saw what was happening and intervened, preventing a potential murder.

Local police in the southern city of Meizhou detained Cao, who confessed to the knife attack. He was placed in administrative detention and fined 200 yuan.

The story made the local news but sadly it was so commonplace that no one even bothered to comment on it (see photo below). Every year around this time, millions of migrant workers like Mr Cao face the same problem, making sure they get paid before they return home for the Lunar New Year holiday in February.

On the same day that Mr Cao attacked his boss, CLB’s Strike Map recorded five other incidents across the country involving wage arrears, three of them at construction sites. In the first 18 days of November, the Strike Map has listed 50 collective protests demanding payment of unpaid wages. This probably accounts for less than ten percent of the actual total. And the numbers will only climb in the next two months.

Not every incident turns violent but violence is certainly not uncommon as workers become increasingly desperate to get paid in the run-up to the New Year.

Earlier this month, a court in Beijing revealed that, over the previous 12 months, 70 percent of its 18 homicide cases that were related to wage arrears occurred between December and February. In a press conference held on 3 November, a spokesman for the Beijing No.3 Intermediate People's Court gave details of one particular case involving a man surnamed Zhao who chased his boss and killed him with a hammer after he was refused payment of wages in arrears.

“Wage arrears and debt have become one of the most common motives in murder cases,” the spokesperson said.

Many workers are also the victims of violence when demanding payment of wages in arrears. Construction workers are quite often brutally beaten by thugs or police when presenting their demands and regrettably they often threaten to commit suicide in a desperate attempt to pressure their bosses to pay up. All too often, labour contractors find themselves stuck in the middle between the construction workers demanding payment and the main contractor who claims there is no money available. It has been known for some labour contractors who are unable to pay their dues to take their own lives.

Chinese government officials are well aware of this chronic issue, not only admitting that the “deep rooted conflict” in the construction sector remains unresolved, but also acknowledging that the problem of wage arrears is spreading to other industries. In a People’s Daily report early this year, a Ministry of Human Resources and Social Security  (MOHRSS) official noted that:

On the one hand, the legacy issues plaguing the construction and manufacturing sectors haven’t been rooted out and disputes over wage arrears keep occurring at high intensities, on the other hand new economic sectors like e-commerce are following the same path.

The official blamed market uncertainties, rapid expansion and consolidation, and the growth of precarious work for aggravating the situation in the new economy.

The MOHRSS has proposed several measures to address the problem and even issued a 2020 deadline to “basically eradicate wage arrears.” Provincial governments have devised their own plans to reach this target: Zhejiang proposed to allocate salaries separately from the rest of a construction project’s budget, Hangzhou municipal government stressed the blacklisting of employers who have a record of owing salaries to their employees, and Henan planned to identify potential bankruptcies before they occur, as well as implement the “real name registration” of all migrant workers in their jurisdiction. 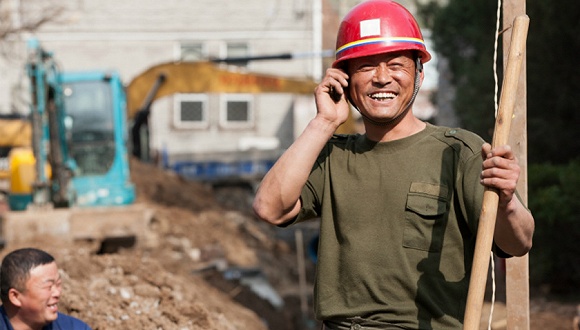 However, the solutions proposed so far tend to emphasise on the role of government and the judiciary, overlooking the importance of trade union representation in solving the real root of the problem, the failure of employers to sign proper employment contracts and pay monthly salaries on time and in full as required by law.

It should be the fundamental role of the union to ensure that employees’ basic labour rights are protected. However, many trade union officials bury their head in the sand and ignore the problems right in front of them. Trade union officials need to abandon their traditional passive and bureaucratic mind-set and become much more proactive in approaching workers, listening to their grievances, providing legal assistance and facilitating collective bargaining to defuse conflicts.

As a labour relations expert quoted in the People’s Daily article rightly pointed out:

When companies are marred in debt, they could call for negotiations with employees via the trade union to sit down and come to an agreement on the terms and conditions for delayed salary payment.

As the Lunar New Year approaches and with a new peak in labour disputes just around the corner, it is high time that the trade union bureaucrats start to listen up.