After leading thousands of agency workers in a months-long struggle for their rights, three worker representatives at a Volkswagen plant in the northeast city of Changchun were detained by police and accused of "assembling a crowd to disturb social order". As of today, two representatives have been released, while one still remains in detention.

There are over 3000 agency workers at Changchun FAW-Volkswagen, many of whom have been at the company for over ten years. Agency workers make about half the wage, and none of the benefits, of a full employee.

Late last year, workers began a long campaign for equal pay involving legal action, demonstrations, and online organizing, but they have been met with police pressure, a slow response from officials and resistance from management.

As their campaign escalated, worker representatives met on several occasions with management but made little progress on their core demand of equal pay. In late February of this year, hundreds of workers held a protest at their district labour arbitration committee after it failed to give workers a response to their case within the legally required time frame. After the action, Volkswagen released a statement (in German) where stated that the Volkswagen Group China takes care of its employees and takes seriously the concerns of its employees.

Since the February action, workers have reported an intensification of police surveillance along with an increased pressure from management on worker representatives. Representatives stated on social media that management has forced them to change jobs or increase their workload. Many workers reported being contacted by police by phone and put under surveillance.

A May Day march planned by workers to draw attention to their cause was called off under police pressure. Undeterred, workers held a demonstration in conjunction with the annual Changchun Marathon on 21 May. 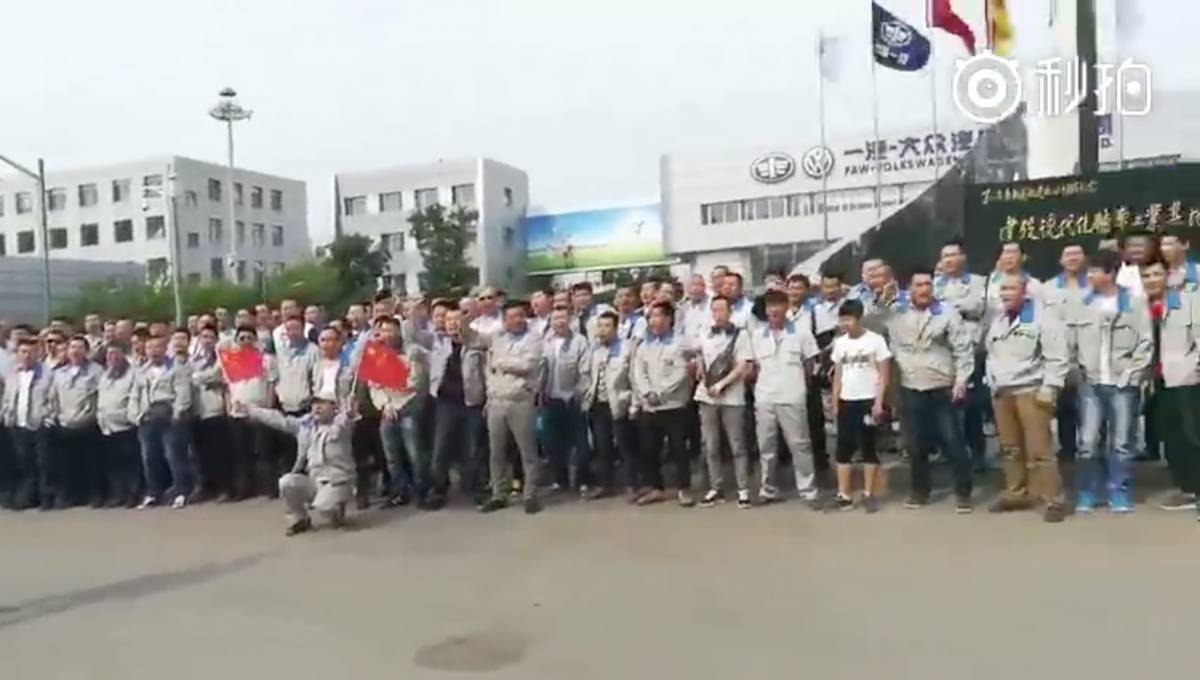 Three worker representatives, Fu Tianbo, Wang Shuai, and Ai Zhenyu, were taken into police custody on 26 May and charged with disturbance of public order. Wang and Ai have since been released, with the possibility of further legal action against them, while Fu remains in custody.

In 2012 Volkswagen signed an a Charter on Temporary Work that makes a commitment to address over reliance on temporary work as part of its Global Framework Agreement (GFA) which applies to Volkswagen factories around the world. In the GFA, Volkswagen commits itself to respect of elected worker representatives and pledges to work “openly and in the spirit of constructive and co-operative conflict management”.