This morning long time labour activist Liu Shaoming was sentenced to four years and a half imprisonment under the charge of “inciting subversion of state power.”

Guangzhou-based Liu Shaoming is a labour activist; former member of the Beijing Workers’ Autonomous Federation (BWAF), China’s first independent trade union; and the founder of Volunteers for Workers’ Rights, an organization in China working to bridge the pro-democracy and labor rights movements during collective labor disputes.

In recent years, Liu was one of the key activists in the Pearl River Delta labour NGO network. He helped organise workers in the Yue Yuen strike in Dongguan, the Guangzhou University Town sanitation strike, and the Panyu Xinsheng shoe factory strike. Liu was born in 1958, in Xinyu, Jiangxi Province.

In 2014, Liu helped organize workers at the Xinsheng shoe factory in Guangzhou where workers eventually won a large severance package after months of intense collective bargaining, strikes and campaigning. Earlier that year Liu and other labour activists supported the University Town sanitation workers in a two week strike and successful deal brokered with management, which garnered widespread domestic media attention, and support from local students. 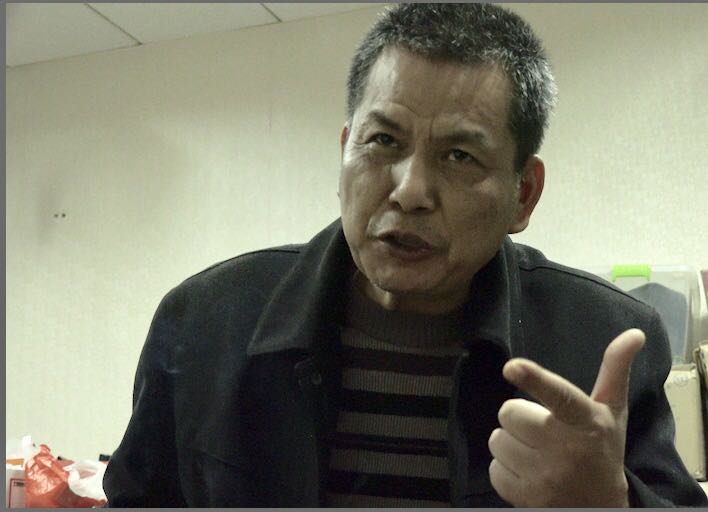 “A couple thousand yuan is not a big deal against the experience a worker can gain through participation in collective action. Money is nothing compared to a worker’s dignity. We may not win every battle, but if we don’t fight, we will definitely lose.” Liu Shaoming, extract from the documentary "We The Workers"

Many of Liu’s colleagues were subsequently arrested in a large scale crackdown on labour activists and NGO workers in December of 2015. His colleagues included Zeng Feiyang, Zhu Xiaomei and Meng Han, who were all sentenced in 2016 for their organizing efforts.

On 25 May 2015, Liu published an essay on US-based Boxun.com about his experiences during the 1989 Tiananmen Square Movement as a member of the Beijing Workers’ Autonomous Federation (WAF). He went missing four days later. On 14 June, the Guangdong police confirmed on that he was criminally detained at the Huadu Detention Center in Guangdong Province. He was charged with “picking quarrels and provoking troubles” and “inciting subversion of state power.”

In April 2016, Liu was tried at an Intermediate People's Court in Guangzhou. Liu was barred from meeting with his lawyers by authorities before and during the trial on grounds of “national security”. The trial ended within one day. He has remained until today, despite high-profile international advocacy campaigns and statements from the Amnesty International, HKCTU, China Human Rights Defenders, and other organisations.

On July 5, 2017, the Hong Kong Confederation of Trade Unions issued a demand stressing on the urgent need to provide Liu with proper medical attention: "During this prolonged detention, his health deteriorated: reports indicate that Liu Shaoming has been suffering from abdominal pain since October 2016. Liu Shaoming needs proper medical attention now, the negligence suffered by labour rights activist Li Wangyang and Nobel Peace Prize laureate, Liu Xiaobo should not be repeated."

To this date, Liu Shaoming sustains his innocence.