Strikes continue unabated in China during first half of the year

Despite some signs that the Chinese economy is stabilising, labour unrest continues unabated with workers in all sectors and all in regions of the country staging strikes and protests in response to employer abuses.

Strikes and worker protests in China by sector 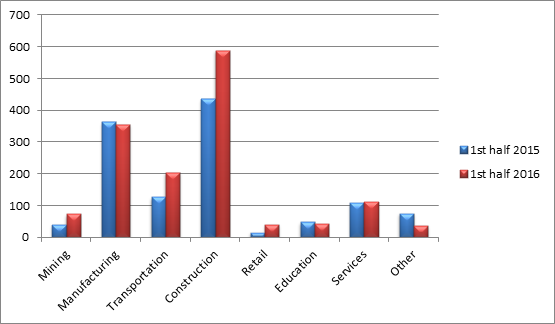 Construction worker protests accounted for 40 percent of all incidents in this period but that figure was slightly distorted by the traditional surge in demands for payment of wages in arrears in the run-up to the Lunar New Year holiday.

More significant was the increase in transport strikes with 205 incidents in the first half of 2016 compared with 127 in the same period last year. More intense competition from ride-hailing apps has put huge pressure on traditional taxi drivers, who were responsible for about 85 percent of all transport strikes and protests in the first half of 2016.

The number of strikes by miners almost doubled from 41 in the first half of last year to 74 this year, reflecting the continued downturn in the mining industry and the prospect of around one million miners losing their jobs over the next few years. 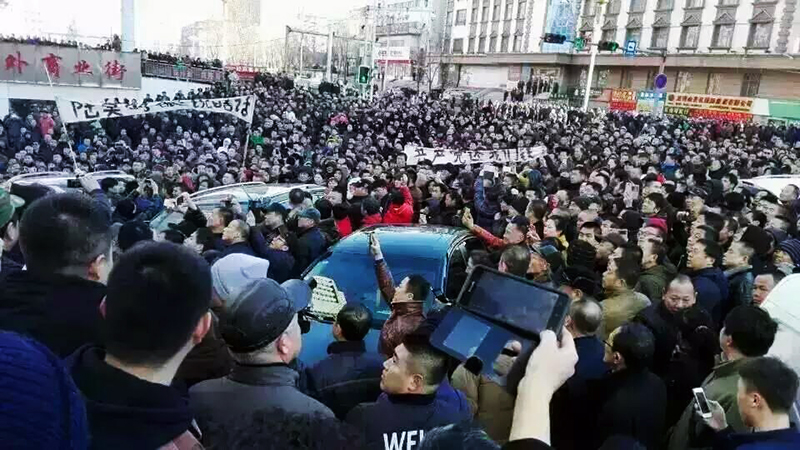 Strikes in the manufacturing sector fell slightly from 363 in the first half of 2015 to 356 in the first six months of this year. About 55 percent of the factory worker protests occurred in the four coastal provinces of Guangdong, Zhejiang, Jiangsu and Shandong, reflecting the further decline of manufacturing in what used to be the engine of China’s high-speed economic growth.

The number of strikes and protests recorded in the northeast of China was almost exactly the same as in the first half of 2015, suggesting that despite the considerable, and much publicised, economic hardship in that region, labour unrest has not intensified to the degree that many had expected. In the region’s state-owned heavy industries, in particular, it seems that the authorities have so far managed to maintain a fair amount of control over unrest. In the three north-eastern provinces of Liaoning, Jilin and Heilongjiang, there were 78 incidents in total, compared with 80 in the first half of 2015.

A more likely focus of labour unrest in the future is the increasingly important retail and service sector. Many employees in these sectors do not have formal employment contracts or social insurance, have to work excessively long hours and are vulnerable to sudden changes in pay and working conditions. The recent strikes and protests by Walmart workers, Neutrogena sales staff and China Unicom workers are indicative of the problems routinely faced in this sector.