At the sharp end of the workers’ movement in China: The Zhongshan Cuiheng strike

A month-long strike at a Japanese-owned bag manufacturer in the Pearl River Delta town of Zhongshan has been characterized by police violence, arrests and intimidation, and the absolute refusal of the boss to negotiate. Welcome to the sharp end of the workers’ movement in China.

The strike broke out in mid-March. The roughly 200 workers at Cuiheng Co. were unhappy at low-pay and the refusal of the company to pay social security and housing fund contributions, year-end bonuses and other benefits.

After a week on the picket lines and no response from management, on 22 March, the workers reached out to Chen Huihai, the director of a Guangzhou-based workers’ training centre, for help and advice.

Chen and his colleagues helped the workers organize elections for bargaining representatives and submit a collective bargaining proposal to management. Management refused to negotiate, sacked the workers’ leaders and called the police. Several hundred riot police arrived at the factory and hauled away 26 workers, four of who were detained for more than ten days. Many other workers were injured. 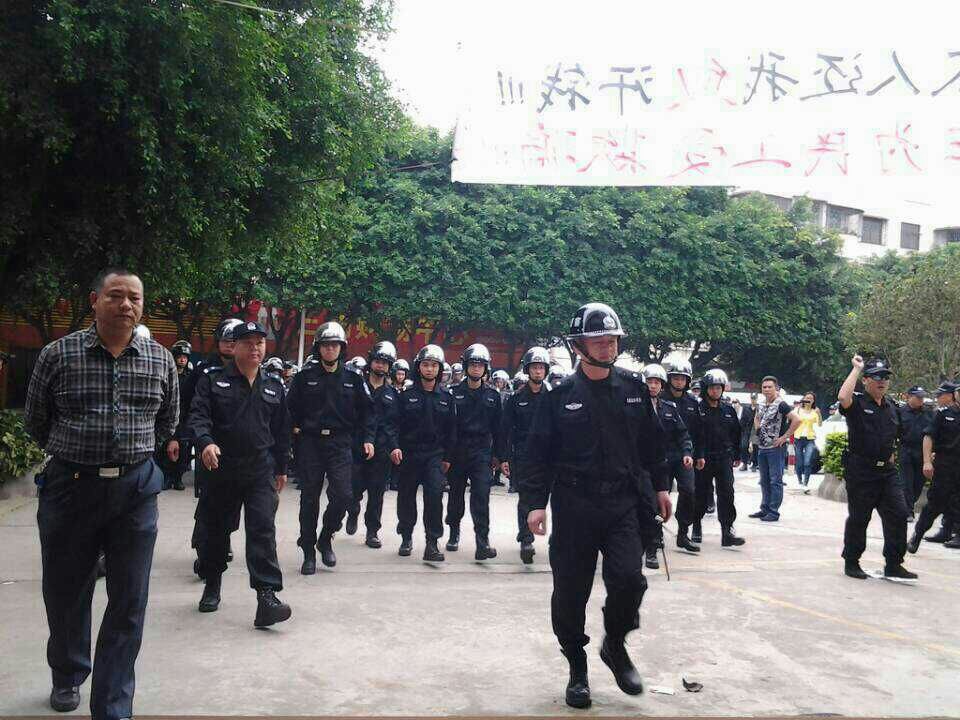 Police move into the Cuiheng factory to confront workers

The following week, on 2 April, a group of volunteers from Chen’s centre visited one of the women workers who had been injured in the conflict with police at the factory. Two of them were approached by plainclothes police and interrogated. An altercation ensued and one of the volunteers, Peng Jiayong, was beaten so severely that he too had to be hospitalized with a lumbar disc protrusion.

When Chen and three colleagues went to the local police station the next morning to discuss the attack on Peng, they too were attacked. As Chen was parking his car, a man wearing a motorcycle helmet threw two bricks at the car. One narrowly missed Chen’s head, the other hit the back door, bounced back, and hit Zhu Xinhua, a workers’ representative from another factory, on the arm.

The attacker jumped on a waiting motorbike and escaped. There were several police officers at the scene but they made no attempt to pursue the attacker.  Chen was adamant that the attack had been coordinated by the police: “The police asked us to follow them back to the station and told me specifically where to park. No one knew where we were except for them.”

The attacks on Peng and Chen provoked widespread protest and outrage on social media in China and within ten days, around 20,000 yuan had been raised for Peng’s medical expenses. The amount was more than enough to pay Peng’s hospital bills and the remainder was used to further the continuing workers’ struggle at Cuiheng after Peng was discharged on 14 April. 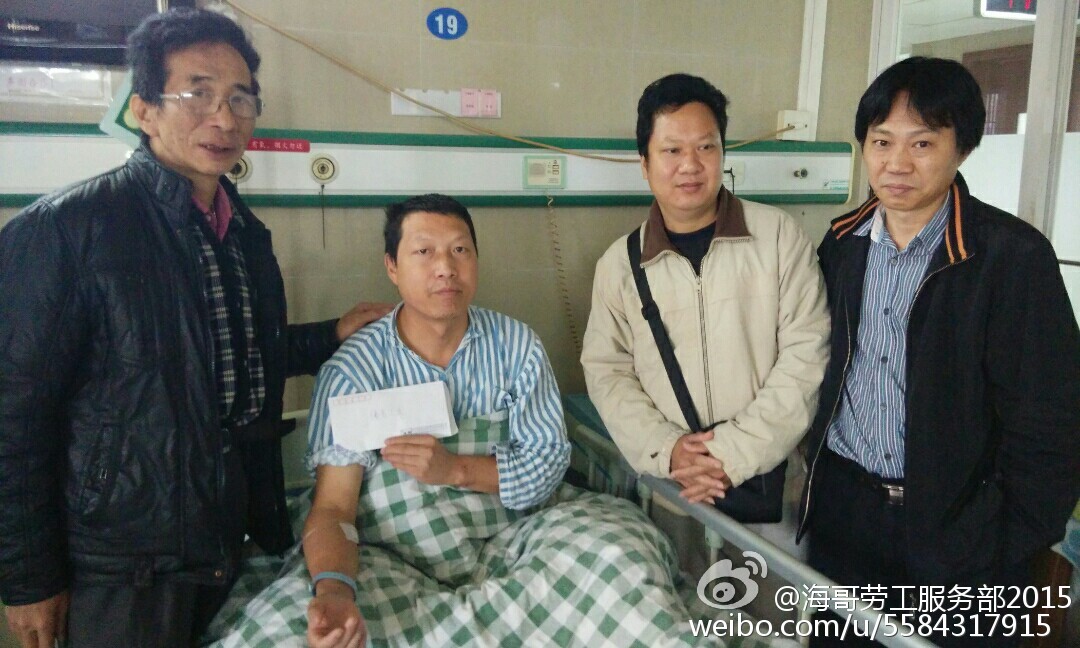 Peng Jiayong in hospital with his supporters

There are hundreds of strikes and worker protests in the Pearl River Delta every year: While some do turn violent and arrests are made, the majority are resolved relatively peacefully and quickly. It is unclear why the factory management and the local authorities in Zhongshan are taking such a hard line and adopting such extreme and violent tactics in response to what is after-all a fairly routine labour dispute.

The Cuiheng workers speculated that the Japanese owners of the factory had threatened to withdraw their investment unless the local government took a tough stance against the workers. However, Cuiheng is a relatively small factory and it seems unlikely the local government would be swayed by such a threat.

It is more likely that the authorities wanted to act quickly to stop more strikes related to the payment of social insurance and housing fund contributions breaking out at other factories in the area after several strikes over the same issue erupted in neighbouring Dongguan. The conflict with police at Cuifeng came a day after several thousand workers at a shoe factory in Zhongshan staged a mass protest at the company’s failure to pay housing fund contributions for ten years. More than ten workers were detained in scuffles with police.

Another reason for the police crackdown could be the involvement of labour activists such as Chen and Peng. The harassment and intimidation of civil society organizations that support the workers’ movement in China has increased noticeably over the last year or two and it could be that the Zhongshan police were simply following the lead of other local authorities in Shenzhen and Guangzhou.

Chen, a former worker and now a veteran of collective bargaining, stressed that neither the labour activists nor the workers would be intimidated by such pressure:

We will not bend to violence and thug-like tactics. Labour disputes can only be solved through dialogue, and both the workers and employers, especially the latter, have to come to the negotiating table and make compromises.

It is time for the local authorities to drop their shields and batons, and forsake this out-dated ideology of stability maintenance. We hope the authorities can simply mediate in labour disputes instead of acting like the accomplice of petty criminals.