At least five of the hospital security guards sentenced by a Guangzhou court today to prison terms of up to nine months vowed to appeal their sentences. Several others are still considering their options.

The 12 guards, who have already been detained for nearly eight months after a high-profile rooftop protest at the Guangzhou Chinese Medicine University Auxiliary Hospital in August last year, were found guilty of assembling a crowd to disrupt public order.

Three guards, including workers’ leader Meng Han, who actually tried to persuade the guards to leave the roof, were given nine-month sentences, and as such should be released on 18 May. Six guards were sentenced to eight months and will be released on Friday. The three others were released this afternoon on the basis of time served.

The sentences appear to be carefully calibrated by the authorities to defuse the tension caused by the long-running dispute but also to serve as a warning to others that those who escalate labour disputes into public protest could face jail time. The trial was essentially an exercise in damage control but it could have been avoided completely if the guards’ employer had been willing to discuss their grievances in the first place.

I am not surprised but extremely disappointed by today's verdict, I will most certainly continue to represent Meng Han, and appeal on his behalf. It is a delicate verdict, workers were given up to nine months, but they have already been held for almost eight, so all of them would be free very soon.

Today's verdict was covered by more than a dozen journalists from six media outlets across China, including Guangdong Television. Duan Yi noted.

The verdict shows that the government is trying to highlight this case by allowing so many cameras inside the courtroom. They want to send a message to the public and make an example of these workers.

The verdicts came as thousands of workers at Yue Yuen Industrial in nearby Dongguan reportedly continued their protest at the company’s failure to pay social insurance contributions in full. 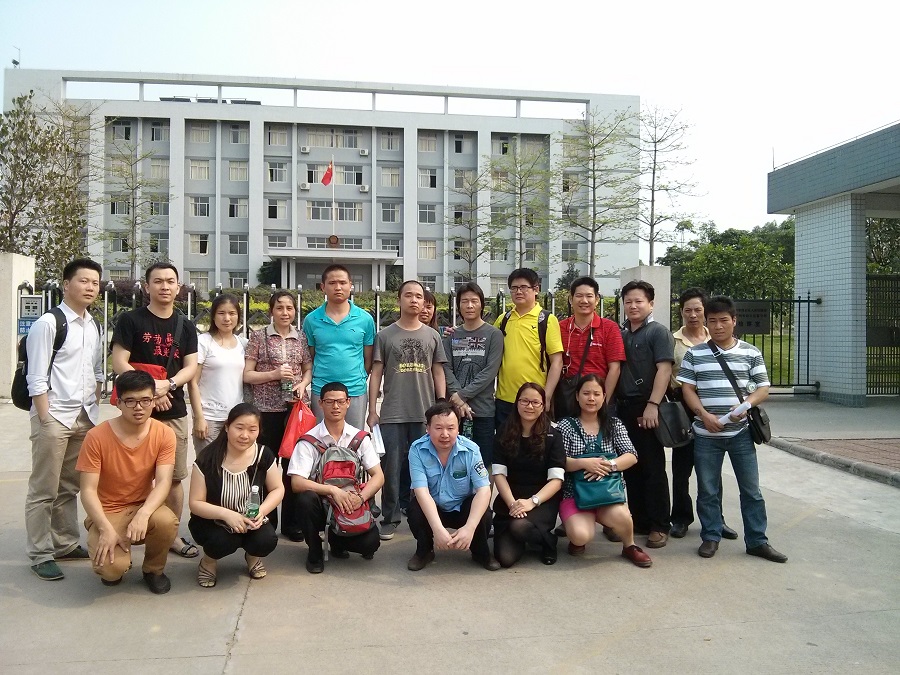 Security guards and supporters outside the detention centre

Later in the afternoon on Tuesday, three of the guards, He Tao, Ma Qing, and Hu Zhihui,  walked out of the Baiyun Detention Centre and were welcomed by family members and supporters.

He Tao said: "I don't mind spending a few more days here. I actually want to be released on the same day as my big brother Meng. We are innocent!” Ma Qing, who had a prison haircut and was elected the president in his cell, started to arrange meetings with his lawyer about an appeal to the higher court. Ma said that he would stay in Guangzhou and wait until everybody is out.

After all these months, every family is under a tremendous amount of financial and emotional pressure. Many of the guards are the sole breadwinners in their family. For example, He Tao’s wife is unemployed and has to take care of three kids; Yang Yanguang will be heartbroken when he gets out.” Yang’s mother died in February but he has yet to be informed of her death.