One year after Tianjin, power plant explosion kills at least 21

An explosion at a power plant in the central province of Hubei has killed at least 21 workers and severely injured five others, the official Xinhua News Agency reported yesterday.

The blast at the newly opened Madian Gangue Power Generation Co. in Dangyang occurred on the afternoon of 11 August. Initial reports suggested it was caused by the rupture of a high-pressure steam pipe that was undergoing testing. 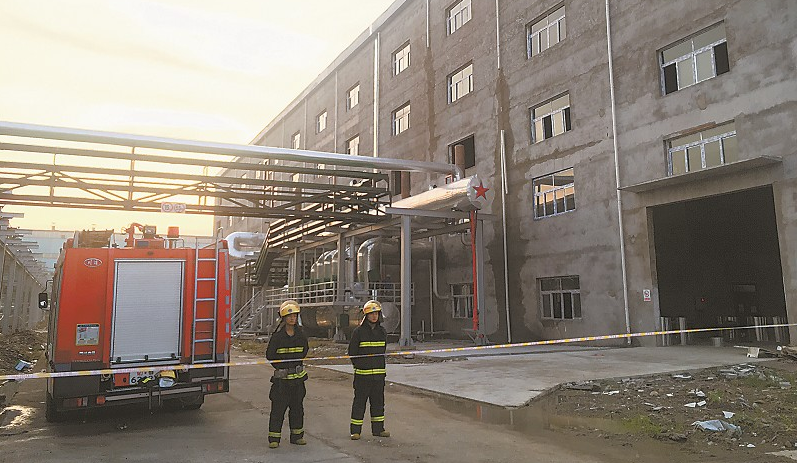 Firefighters at the scene of the Dangyang explosion: Photograph Xinhua

The Dangyang explosion came just a few hours before the first anniversary of the massive Tianjin warehouse explosion that killed 173 people, including 104 firefighters, on 12 August 2015.

The Tianjin tragedy led to calls from the highest levels of government to improve workplace safety. However, workplace accidents remain alarmingly commonplace in China. The latest figures from the State Administration of Work Safety show that there were 28,115 workplace accidents and 16,059 deaths in the first seven months of this year, representing a drop of 11.6 percent and 8.4 percent respectively over the same period last year.

Major explosions, such as the one in Dangyang, only represent a small proportion of the overall number of accidents in China. CLB’s Work Accident Map, which only logs those incidents reported in the Chinese media, has recorded 37 explosions so far this year, about 12 percent of the total.

By far the most common causes of workplace accidents are structural and mechanical failures, particularly during maintenance or repair work, and traffic accidents, such as street cleaners being hit by cars. These incidents are so widespread that they barely attract any attention, and the lax safety standards that give rise to them simply get perpetuated.

The Chinese government currently seems preoccupied with the prevention and management of major accidents and mass casualties in high-risk industries. But unless the government and businesses really start to address the more mundane, day-to-day issues of work safety in China, tens of thousands of workers will continue to die each year.