More than 70 people are feared dead after a massive wave of mud and construction debris inundated an industrial park in the northern suburbs of Shenzhen on 20 December destroying or burying 33 buildings.

A week after the disaster, only one person had been saved and a few bodies recovered in a massive rescue operation involving some 5,000 workers. Most of those missing are believed to be factory workers and local residents, many of whom earned their living recycling materials from the waste dump that collapsed. 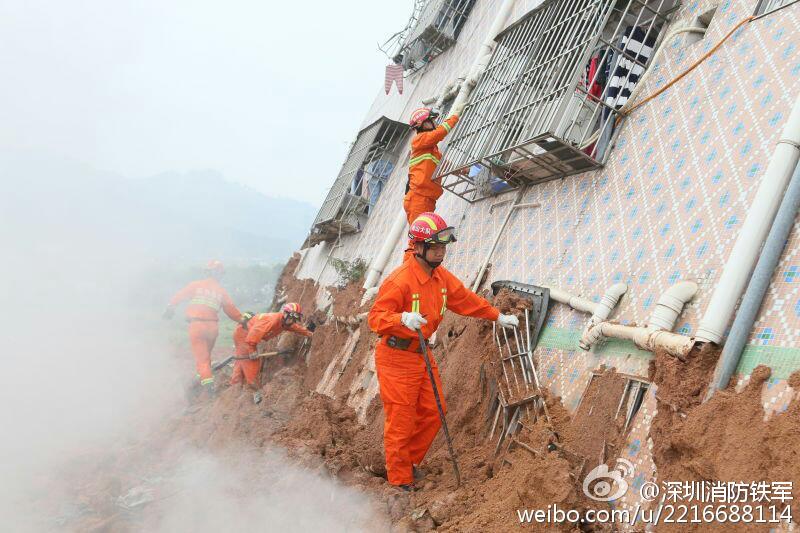 The waste dump, located on the site of a former quarry, had been in constant use for several years and had grown to the height of a 20-storey building at the time of the disaster. Many local residents and workers had complained to the authorities about the safety hazard but their complaints were largely ignored.

The Hongao Construction Waste Dump was reportedly given a 12-month operating license in February last year. In July this year inspectors found that it was still in operation and was not following agreed plans for safety and maintenance. Officials ordered the company to carry out improvements and reapply for a licence by September, but it failed to do so and there was reportedly no follow up.

On 28 December Shenzhen police announced the detention of 12 people, including those from Shenzhen Yixianglong Investment Development, the company which ran the dump. This followed the apparent suicide of the former director of the Guangming New District Urban Management Bureau who reportedly approved the waste dump.

The Shenzhen disaster shares a number of characteristics with the Tianjin warehouse explosion just four months ago on 12 August. Both occurred in modern, well developed cities, both involved the storage of a large volume of hazardous materials close to residential and industrial buildings, and both revealed a glaring lack of government regulation and oversight.

Just like in Shenzhen, Tianjin officials had allowed Ruihai Logistics, the company that owned the warehouse, to continue operating after its temporary operating licence expired.

The majority of workers killed in Tianjin were firefighters unaware of the danger they were facing but many construction workers and security staff housed in nearby dormitories were also killed or injured in the blast. Whereas most of the middle-class housing units nearby suffered largely superficial damage, the workers’ dormitories were completely destroyed in the blast.

In Shenzhen, officials said, 14 factories, two office buildings, one cafeteria, three dormitories and 13 sheds or workshops were destroyed or completely buried in the landslide. Several local residents and workers told reporters that the buildings were poorly constructed and that some even lacked proper foundations.

As CLB showed in its report on the devastation wrought by the tornadoes that hit the Pearl River Delta in early October, most of the casualties could have been avoided if the factory buildings had been better constructed and proper safety procedures had been in place.