The limits to sufferance: Singapore cracks down on striking migrant workers

Strikes by bus drivers are a regular occurrence in China, with drivers in one city or another suspending services in protests at pay and working conditions just about every week: Not so in Singapore where there has not been a strike of any description since the 1980s. Not until last week, that is, when nearly 200 Chinese bus drivers went out on strike over unequal pay.

The response of local governments in China to such actions is normally to put pressure on drivers and management to reach a compromise deal as quickly as possible. Arrests are only made when either the road is blocked for an extended period or violence is involved.

In Singapore, where strikes in “essential services” such as transport are illegal, unless workers give 14 days’ notice of their intended action, the authorities arrested five drivers and deported another 29 back to China. The arrested drivers face up to one year in prison and or a fine of S$2,000.

Of course, it is easy to say that the Chinese drivers, who were being paid at a much lower rate than their Singaporean and Malaysian counterparts, should have expected a tough response from the notoriously pro-business Singaporean government. But should they have expected quite such a draconian reaction? And did they, in fact, in seeking a resolution to a perfectly legitimate grievance, have any other choice but to go out on strike?

As CLB’s 2011 research report on Chinese migrant workers in Singapore shows, the majority of migrant workers have a very limited legal awareness. One of the key problems is that nearly all the laws and documents related to labour rights, including those related to complaints and dispute resolution, are only available on the Ministry of Manpower website in English. Migrant workers are certainly not ignorant of the law but their knowledge of it is patchy at best, while their ability to effectively utilize the legal system is even more constrained.

There are around one million migrant workers in Singapore, the vast majority of who live in temporary or purpose-built dormitories designed to keep them as isolated from the Singaporean population as possible. Many of the drivers who went on strike last week lived in the infamous Serangoon Gardens dormitory, opened in November 2009 with barbed wire fences to separate the facility from adjacent housing. Residents at Serangoon are picked up for work by trucks inside the compound and a canteen and several shops have been built inside the walls to minimize workers’ interaction with local residents. 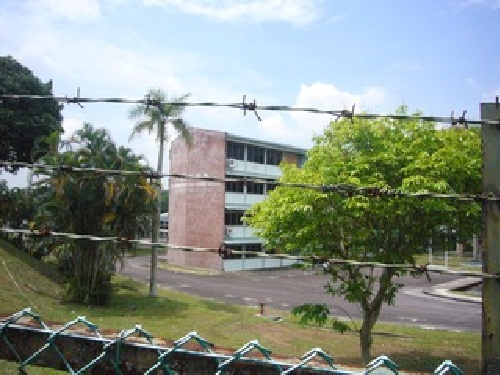 Given this lack of interaction with the local population, most migrant workers would have little opportunity to seek advice from locals on the best way to resolve their dispute. Joining the trade union is technically possible for migrant workers but even if they do join, it is highly unlikely the pro-government National Trade Union Congress would do anything to advance their cause.

The Chinese embassy in Singapore is equally ineffectual. Migrant workers routinely complain that the embassy is basically passive and only intervenes in extreme cases and always after the fact. Indeed, in this particular case, drivers did complain to the embassy prior to the strike but nothing happened. The embassy only expressed its “concern” for the workers after they were arrested.

Singapore is highly dependent on migrant labour, and unless the authorities do much more to eliminate the causes of their grievances by providing equal pay for equal work, and by establishing effective mechanisms for dispute resolution, they should probably expect to see more strikes in the future.