A collapse at a state-owned coal mine in the northern province of Shanxi late on Wednesday night killed 19 miners. Three hours later, one miner was killed and one was listed as missing after another accident in Gansu, state media reported today.

There were 129 miners working underground at the time of the Shanxi incident, which occurred in a mine in Shuozhou owned by the Datong Coal Mine Group.

Only 18 miners were working during the incident at the mine owned by Lanzhou Yaojie Coal and Electric Co in Gansu. Apart from the one confirmed death there, four other miners were injured, the Xinhua News Agency reported.

Earlier in the month, on 6 March, 12 miners were killed in a gas explosion at a coal mine owned by Tonghua Mining Industries in the north-eastern province of Jilin. See Xinhua photo below. 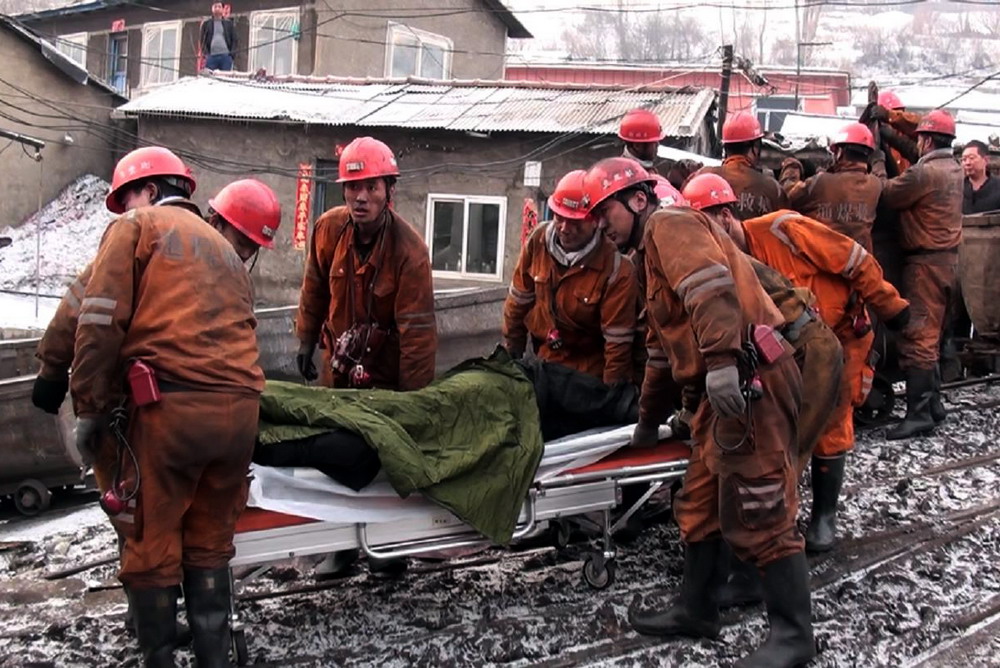 The number of coal mine accidents and deaths in China has fallen steadily from a high of around 7,000 deaths a year in the early and mid-2000s to around 600 deaths last year. The State Administration of Work Safety has not yet released actual numbers for last year but it did report a provisional 32 percent and 37 percent drop in the number of accidents and deaths respectively last year compared with 2014 when there were officially 931 deaths.

Much of the recent decline in accident numbers however stems from falling production in the coal industry rather than improvements in work safety. Moreover, the official statistics do not include smaller accidents that are covered up by mine owners and local government officials, nor do they include the millions of miners now suffering from pneumoconiosis, also known as black lung disease.