After 30 days in detention, labour activist Lin Dong (see photo below) was released late Wednesday evening and today was already back at work in the Chunfeng Labour Dispute Service Centre in Shenzhen.

Lin was in high spirits following his release and stressed that his resolve to defend workers’ rights had never wavered. 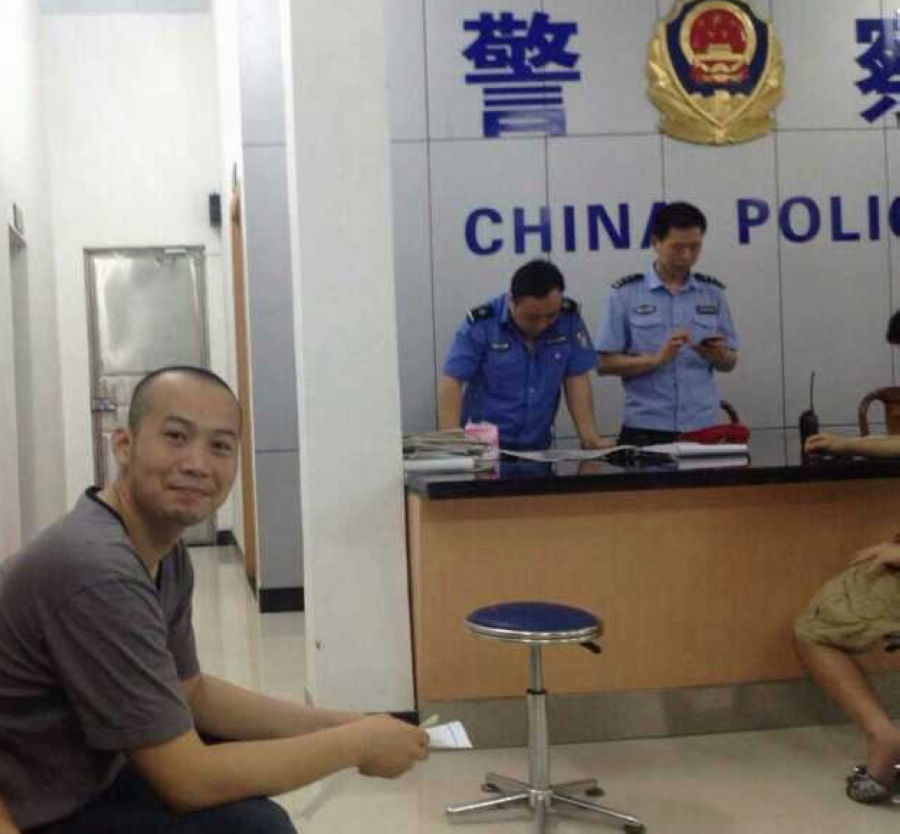 Lin had been arrested by Dongguan police on 22 April and was held at the Dongguan Detention Centre on suspicion of “picking quarrels and creating trouble” (寻衅滋事). Lin and the director of Chunfeng, Zhang Zhiru, had been advising workers in the early stages of the massive strike at the Yue Yuen shoe factory in Dongguan. However, the police refused to say exactly what Lin was accused of.

Zhang Zhiru was detained at the same time as Lin but he was released within three days. Zhang then embarked on a high profile campaign to secure his colleague’s release. Several lawyers offered their legal services and more than 600 people signed the online petition calling for Lin’s release.

The positive role of Chunfeng in the Yue Yuen strike was highlighted in an interview with a 15-year-veteran at the factory who praised the group for coming up with several “reasonable and pertinent” suggestions regarding workers’ demands and strategies. Something the official trade union conspicuously failed to do.