The municipal government in Dongguan, China’s “factory to the world,” is making it more difficult for workers, already squeezed by the economic slowdown, to get their hands on their housing fund contributions.

The new policy prompted a four-day strike by several thousand workers at a Dongguan shoe factory owned by Stella International Holdings on 8 – 11 March. The workers were protesting the failure of the company to pay into their housing fund and wanted the arrears made up as soon as possible.

The following week, several thousand workers at one of the Yue Yuen factories in Dongguan also went out on strike on 17 and 18 March, after the company announced merger plans. The workers demanded compensation for the merger and immediate pay out of their housing fund contributions.

The city’s new Housing Fund Withdrawal Regulations, issued last month, was supposed to reflect the central government’s policy of loosening restrictions on the use of housing funds but critics claim it does precisely the opposite. 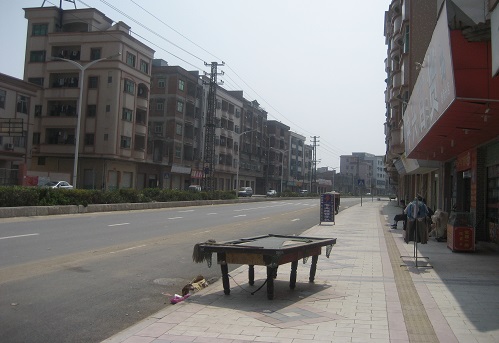 Workers’ housing in the Dongguan township of Chashan

The housing fund is a kind of secondary pension that enables employees to pay for and maintain their own home. Contributors to the housing fund can apply for preferential rate mortgages, cover housing repair and maintenance costs and get rent subsidies. If unused, the fund can be redeemed upon retirement.

Recent amendments have allowed housing funds to be used for non-housing related expenses such urgent or serious medical treatment costs. But under Dongguan’s new policy, the circumstances under which people can withdraw funds is actually reduced from 12 to nine, and workers who resign or lose their jobs are specifically barred from access to their accounts. Moreover, the regulations restrict the amount that can be used for rent to just 540 yuan a month, contingent on the employee proving they do not own any property.

The Guangzhou Daily said many migrant workers in Dongguan were upset with the new policy because they often move from job to job and are used to cashing in their housing fund when they resign. They saw the new rules a trick to fool Beijing and hold on to the huge pool of housing funds already contributed by the millions of workers in Dongguan.

Did the government consult migrant workers’ before making this decision? The new policy completely ignores our interests and contradicts to the reason why the government set up the housing fund in the first place.