The hidden cost of settling yet another labour dispute

Hundreds of workers from a bankrupt electronics factory in Dongguan finally received 9.4 million yuan in compensation, one year after the sudden closure of Electronics Co. Dongguan (意创力电子科技有限公司), according to a report by Southernmoney Tuesday.

The report did not mention, however, that hundreds of workers first faced police violence and arrests before their case was admitted to the legal system. The workers’ story actually began a year ago with a series of collective actions over the disappearance of their employer and, dissatisfied with government negotiations and official union inaction in the closure, they felt forced to take matters into their own hands. 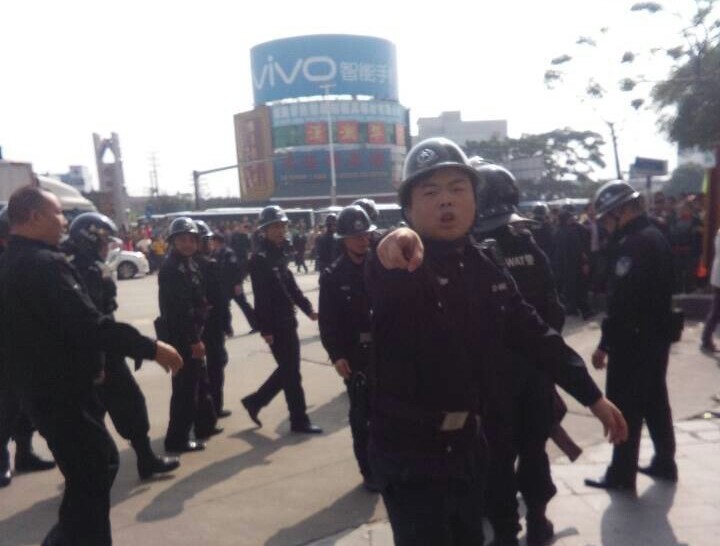 On 2 December 2015 the 600 workers of Electronics Co. Dongguan, a Hong-Kong owned company, arrived at the factory to find the gate locked, with their boss nowhere to be found. The following day, workers gathered at a local government building to demand assistance. Police in riot gear attempted to disperse the gathering and arrested several workers.

Dissatisfied with the government’s initial response, workers again took to the streets on 7 December and blocked a major intersection, where they were again met with police; this time at least three more workers were arrested and several were injured. 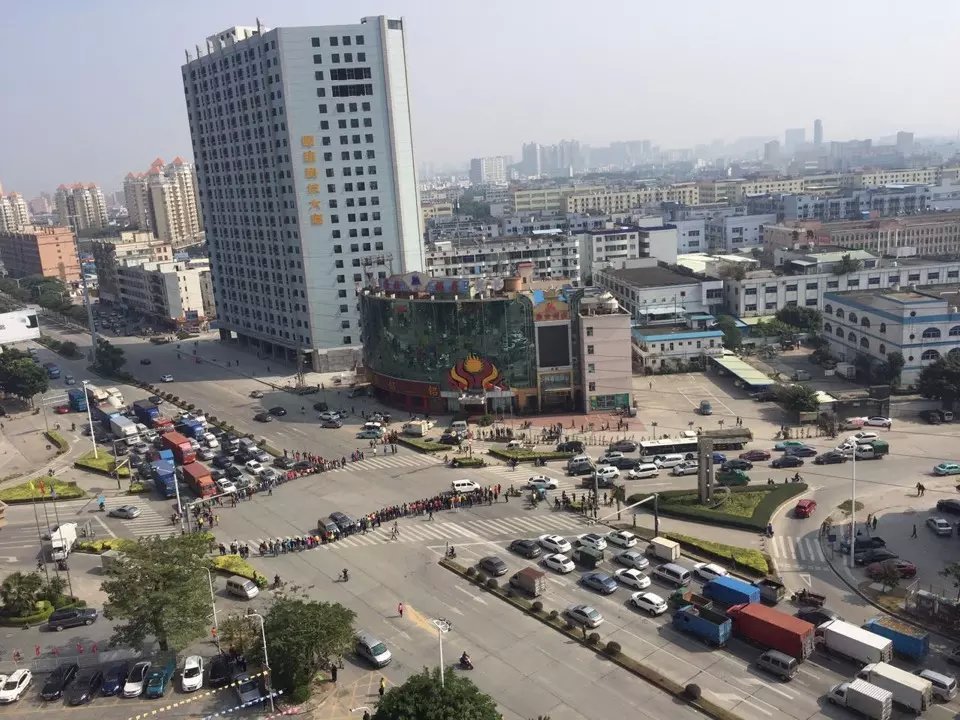 After confrontations with police in the streets, their case was finally accepted by the courts, and months of legal battles ensued. Workers won the initial arbitration case, and expectedly, the company appealed. The court ruled in the workers favour, but the company still refused to pay the debt.

By April, workers won a court order to forcibly execute the ruling. By June the court froze the company’s remaining assets, including vehicles and equipment, and held an auction in August to help obtain part of the debt.

On 19 December 2016, after over a year had in the courts, workers were finally paid what they were owed.

This case is far from unique. In the first nine months of 2016, CLB’s strike map recorded 179 worker strikes and protests over relocations and closures, a third of them, or 64 incidents, in Guangdong province alone.

With rampant disregard for labor law by employers, uphill struggles in the courts, and the absence of an effective trade union, many workers feel that collective action is the only way to ensure their interests are protected.

The Southernmoney report rightly pointed out that the conflict could have been avoided had the employer simply abided by Chinese law, and communicated and negotiated with workers through its bankruptcy. However, reality shows that employers still choose to ignore legislation, leaving workers empty handed, and difficult cases in the hands of local governments.

In this particular case, the lengthy legal battle, not to mention the unnecessary violence against workers, could all have been easily been avoided. Unfortunately, without an effective, representative trade union to protect workers interests in regular collective bargaining, the door is left open for employers to avoid their legal responsibilities and act with impunity.