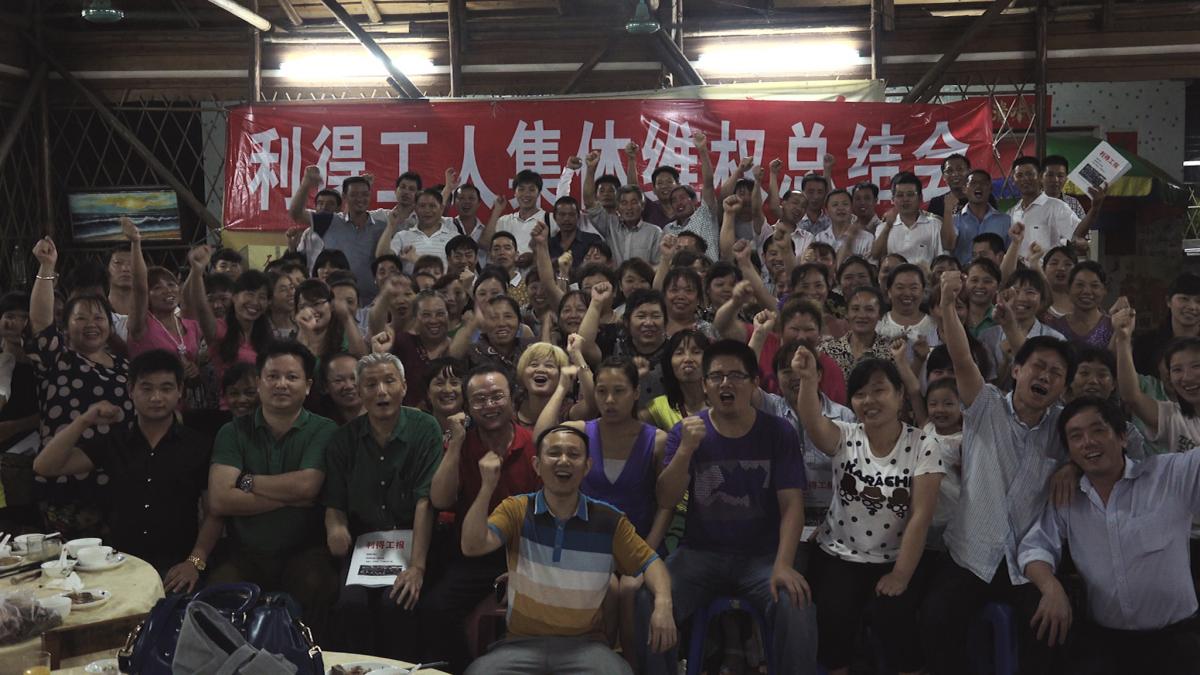 On this Labour Day, CLB director Han Dongfang calls on international brands to live up to their labour rights commitments and recognise the role of their supplier, Lide shoe factory, in the crackdown on Chinese labour NGOs.

In late December 2015, worker activists Zeng Feiyang, Zhu Xiaomei, Tang Huanxing and Meng Han, former members of the Panyu Workers’ Service Centre, were arrested in crackdown on labour NGOs. During their court cases last year, all four convicted activists were accused of causing economic damages to the Lide shoe factory, while in fact they were helping its workers, through collective bargaining, to get back unpaid social insurance owed by the company.

After going through a long campaign of defamation and intimidation, and having limited access to their lawyers, each was convicted of “gathering a crowd to disturb public order.” Zeng, Zhu and Tang are serving suspended sentences, while Meng is currently in prison in Guangdong.

Two separate court rulings [Chinese here and here] from the case reveal the active role of Lide shoe factory management in the repression of worker activists exercising their rights to collective bargaining and freedom of association, as recognised by Lide's main international clients Li&Fung and Ralph Lauren.

In a Labour Day exposé [text in Chinese] on the prosecution of labour activists, CLB Director Han Dongfang asserts that recent prosecution of workers will “go down in history”, and global brands must acknowledge their role in repression:

Since 1989, the Chinese government has repeatedly sentenced labour movement leaders fighting for freedom of association; the court rulings were tools for political intimidation. But in the 2016 sentencing of four staff members of the Panyu Workers’ Service Centre, the Chinese government has for the first time issued a retaliative ruling on behalf of a business against those who were assisting workers to engage management in a successful case of collective bargaining.

To put it bluntly, these global brands took the lion's share of profits, but what have they left for China? For Chinese workers nothing but poverty, for China’s labour relations, nothing but endless disputes, for Chinese society at large, nothing but police repression of workers and labour NGOs.

Global brands should live up to the international standards they claim to hold, and in this case face up to the grim realities of the Lide case when sourcing from China. The International Labour Organisation’s Committee on Freedom of Association has recognised the grave infringement of rights to collective bargaining and freedom of association, and denounced the repression of labour NGOs involved in the Lide case specifically in an interim report.

It is time for global brands to acknowledge their role in these serious violations.

This international labour day, workers around the world recall the struggles of days past, and also look to the future of the international workers movement. In China, the targeting of striking workers and NGO staff who promote collective bargaining has by no means eased labour tensions. After the crackdown on labour NGOs, worker strikes and protests only increased, according to CLB’s strike map. Chinese workers will never give up in their fight for their fair share, global brands should stand by their internationally recognised rights.