The Foshan Federation of Trade Unions agreed on 20 October to investigate the enterprise trade union at Tongxin Jewellery after a group of workers there lobbied for better trade union representation at the factory.

Zhu Xinhua, who led the Tongxin workers in successful collective bargaining with management in August, winning millions of yuan in overtime, social security, and housing fund arrears in the process, said:

A lot of us have been working here for more than ten years, and we didn’t even know the union existed until we tried to engage management in collective bargaining. Now, ever since we realised that we are in fact union members and have been paying union fees over the years, we want the factory union to do its job. 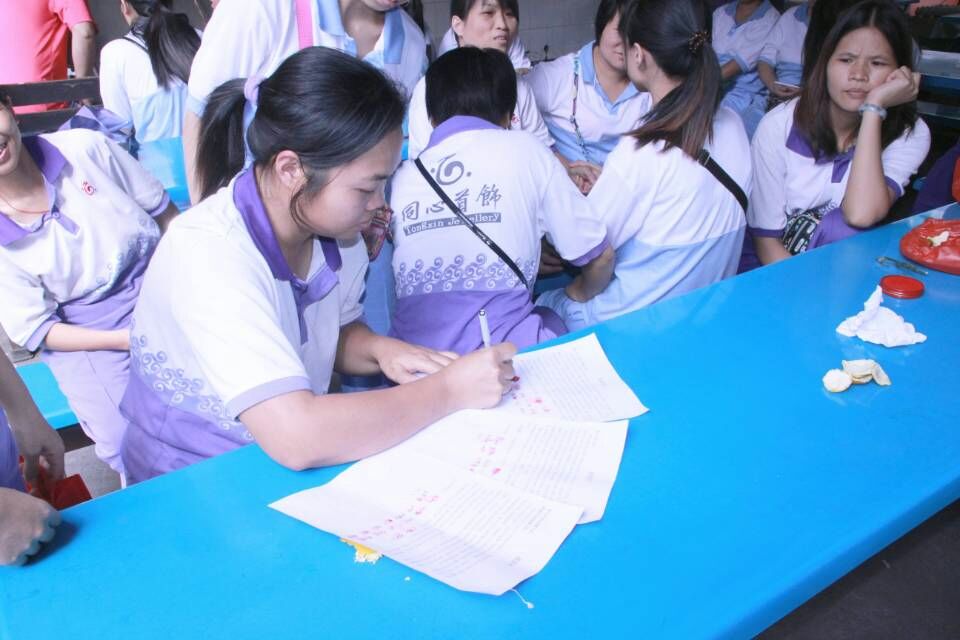 Tongxin workers signing a letter demanding that the enterprise union acts like a real trade union.

The workers are demanding the issuance of membership certificates, information on who is on the union committee, how much has been collected from union dues over the years and what it has been spent on.

The Foshan case shows that Guangdong factory workers are now not necessarily satisfied with a one-off settlement but increasingly realise the importance of maintaining solidarity in the long run and having effective trade union representation on the ground.