At least 121 people have died, including 67 firefighters, following the massive explosions that destroyed a warehouse in the north-eastern city of Tianjin on 12 August. As of 22 August, 54 people, including 37 firefighters remain unaccounted for, local officials said, making this China’s worst disaster for first responders in recent history. 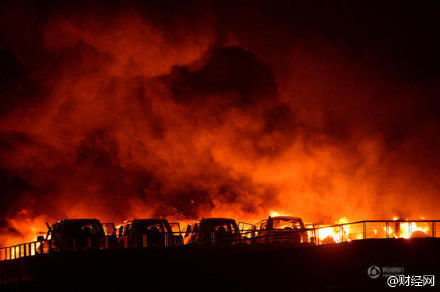 The warehouse, located in the city’s New Binhai port district, was storing several hundred tonnes of sodium cyanide and other dangerous chemicals.Local government officials are now coming under intense pressure to explain why Ruihai International Logistics, the company which operated the warehouse, was allowed to store vast amounts of volatile and toxic chemicals so close to a residential area and why firefighters were sent in to control the initial fire apparently without full knowledge of the potential hazards.

The Tianjin blast comes almost exactly one year after a factory explosion in the eastern city of Kunshan that killed 146 workers and inured 95 others. The explosion at Kunshan Zhongrong Metal Plating on 2 August 2014 was one of China’s worst ever industrial accidents and prompted numerous calls for improved work safety.

Yesterday’s explosion was by far the largest and most deadly incident this year, although there have already been several smaller incidents spread out across China. Prior to the Tianjin explosion, CLB’s Work Accident Map had recorded 26 workplace explosions this year, with 65 fatalities and 119 injuries.

The most recent incident occurred just two days ago at a mine in the south-western province of Guizhou where a coal and gas explosion killed at least 12 miners. The previous month, on 16 July, there was a massive explosion at a petrochemical plant in Rizhao, Shandong, in which remarkably only two firefighters were injured, according to official reports. Four days earlier, 15 people were killed and 25 injured in an explosion at an illegal fireworks factory in Hebei.

The recent explosions and other deadly workplace accidents clearly show that although safety in China’s notoriously dangerous coal mines has improved significantly over the last ten years, millions of workers are still at risk in workplaces across the country. The State Administration for Work Safety, for example, reported 862,225 work accidents in just the first four months of this year, leading to 16,243 deaths.