In this English-language extract from CLB’s new report on the workers’ movement in China (中国工人运动观察报告2015-2017) we look at the convergence of demands in the collective actions of workers, namely at how the distribution of wealth is now the main focus of workers' strikes and protests. For the Chinese original please see page 11 of the report under the heading 行动诉求趋同. 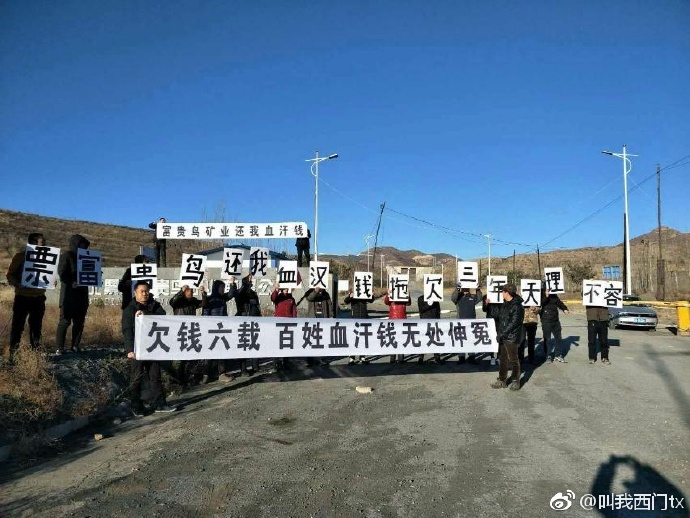 Over 80% of Chinese workers' collective actions focus on wages, either unpaid or unfairly low

There is a clear convergence of workers’ demands during the 2015-2017 period covered by China Labour Bulletin’s report. Wage-related issues are at the core of the 6,694 cases recorded: 5,177 of the collective actions demanded the payment of wages in arrears, while 303 demanded wage increases. These wage-related protests and strikes add up to 81.86% of the total. Clearly, workers’ collective actions have been targeting the issue of wealth distribution: either by trying to recover their share of the economic benefits they contributed to generate or demanding a share more commensurate with their actual contribution.

Workers have no say before, during or after the establishment of industrial relations. Through the entire process, management dictates the terms of employment. Given this lack of representation, workers have been deprived of a voice in the issue of wealth distribution. Therefore, it is not only difficult for them to enjoy their fair share of China’s economic development, often they are left with no pay at all, as the Strike Map shows. Chinese workers may then chose to take legal action (i.e. through arbitration) or collective action in order to voice their standpoint on the distribution of wealth. China’s official union, the All-China Federation of Trade Unions (ACFTU), has a legal monopoly in Chinese workers’ right to organise; nevertheless disenfranchised workers have effectively been taking collective action autonomously and will continue to do so as long as the exclusion of proper worker representation within this monopoly persists.