After staging strikes at least three stores earlier this month in protest against the company’s imposition a comprehensive working hours system, Walmart workers in China have strengthened their organizing ability by forming a new preparatory committee to better coordinate a national response to Walmart management.

The preparatory committee was formed by 49 activists from across China on 23 July, who elected Wang Shishu, a veteran worker and activist from Store No. 1059 in Shenzhen, to serve as the head of the Walmart Workers Rights Defence Coordination Group. Eight deputies were also democratically elected. 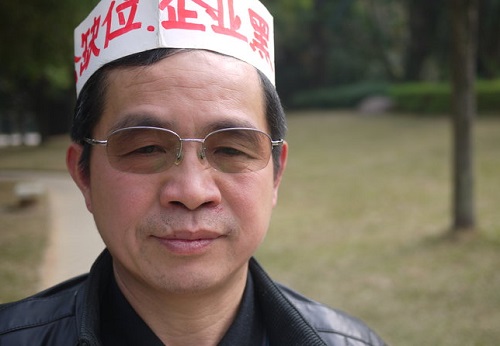 Wang Shishu stated: “We will equip workers with legal knowledge and bargaining skills. We will not allow Walmart to continue to trample on Chinese laws, ignore Chinese workers’ rights, and illegally impose their comprehensive working hours system on us.”

Wang and his deputies will hold regular strategy meetings, while other members of the Group will provide on-site labour organising training for workers in different cities to prepare them to engage in collective bargaining with the American retail giant.

The director of the Shenzhen Chunfeng Labour Dispute Centre, Zhang Zhiru, noted that the new group would help consolidate Walmart workers’ action:  “After all those wildcat strikes and scattered protests, Walmart workers in China are beginning to realise the importance of labour organising, and they understand that collective bargaining is the only way to solve labour disputes.”

In addition, the Group aims to help Walmart workers gain support from the official trade union, and has invited a group of labour rights lawyers to provide legal aid to activists and workers who are subject to reprisals or who are dismissed by Walmart.

In order to ensure that the Group is democratically managed, an oversight panel has been set up, which will be responsible for monitoring the Group’s performance and initiating impeachment procedures against the leadership, if more than one third of the Group’s members agree.

The Walmart Workers’ Network, the online group established in 2014, which gained national and international attention for its role in opposing the comprehensive working hours system, is continuing its struggle and is currently calling on workers to join forces and file law suits against Walmart.

On 19 July, one of its members, You Tianyu wrote a letter to the president of Walmart, criticising the company for rigging trade union elections and forcing employees to accept the comprehensive working hours system.