While many workers in Europe were enjoying their six weeks annual leave over the summer, the Chinese government decided it would be a good idea if China’s workers had an extended weekend.

The State Council’s Opinions on Further Stimulating Investment and Boosting Consumption in the Tourism Industry, issued on 4 August encouraged employees to take two and a half days off every week. 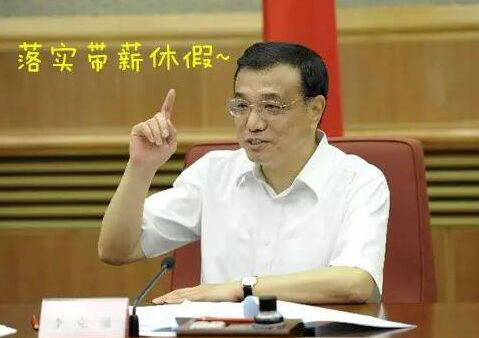 This would be great except for the fact that many factory workers can’t even get a two day weekend and certainly not the annual leave they are legally entitled to. According to a Xinhua News Agency survey, 72.3 percent of workers did not take any annual leave in the last three years, and 13.9 percent took annual leave just once.

Many commentators pointed out that it was only public servants and employees at state-owned enterprises that had the luxury of time off. The Shenzhen Evening News on 25 August asked readers “both the Party secretary and the mayor of Shenzhen took their annual leave, did you?” The paper’s own survey showed that nearly 70 percent of employees either did not have any annual leave or that the regulations on annual leave were rarely enforced at their workplace.

It is not as if the law is not clear on the subject. According to the Annual Leave Regulations issued by the State Council in 2007, annual leave entitlement is as follows:

As to who was responsible for the failure to guarantee employees’ rights to annual leave, Dai Bin, the director of a tourism industry research institute, told Minsheng Weekly: “The social security authorities and the All-China Federation of Trade Unions (ACFTU) should have played their roles but they were too weak and they were too quiet.”

A website hosted by the Chinese People’s Political Consultative Conference echoed Dai’s opinion by saying “trade unions, especially enterprise-level unions, have to safeguard workers’ rights to annual leave and make sure the regulations are implemented.” And Xinhua even noted that in France:

After a general strike staged by two million workers in 1936, the trade union federation and the employers’ association signed the Matignon Agreements, which led to the formal launch of the world's first law on paid annual leave. After that, thanks to the union’s effort, the right to annual leave was enshrined into the French Labour Law.

However, despite the pointed comments in the media, the ACFTU and its affiliates continue to miss the point.  In response to the State Council’s recommendations, the union’s newspaper, the Workers’ Daily, said it would analyse the market for weekend tourism and ponder travel to the countryside. The new policy will “make many people excited”, and “further diversify the ways in which the public spend their leisure time” it said in various reports on the issue. 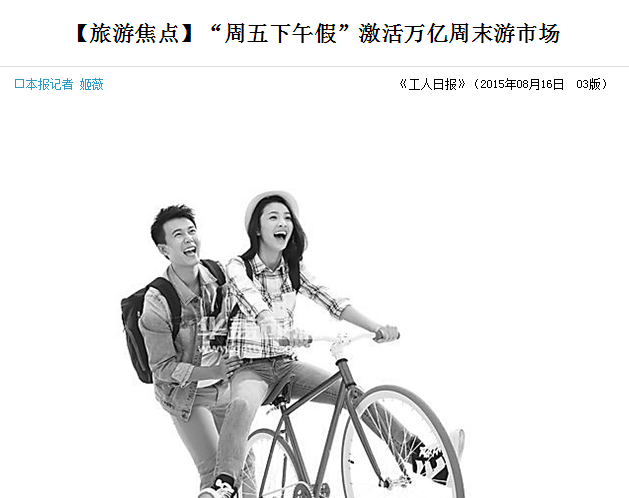 The Workers Daily gets excited about the long weekend

As of 26 August, however the union had not once mentioned the long-forgotten right of China’s workers to annual leave, the poor enforcement of the law, and its own undeniable responsibilities in the matter.