Kindergarten teachers are among the poorest paid education professionals in China. Their employment is often insecure; they are given minimal training and are frequently subject to wage arrears.

In the past six months, about one quarter of the strikes and protests in the education sector recorded on CLB’s Strike Map have involved kindergarten teachers. Most recently, on 29 September, kindergarten teachers in the small Sichuan city of Langzhong went on strike demanding a pay rise.

On 11 September, kindergarten teachers in the revolutionary heartland of Yan’an wrote an open letter to parents saying they had not been paid for months:

We still love the children but we need to live and the boss won’t even give us a subsistence wage. We hope parents will understand that we really have no choice but to go on strike today. 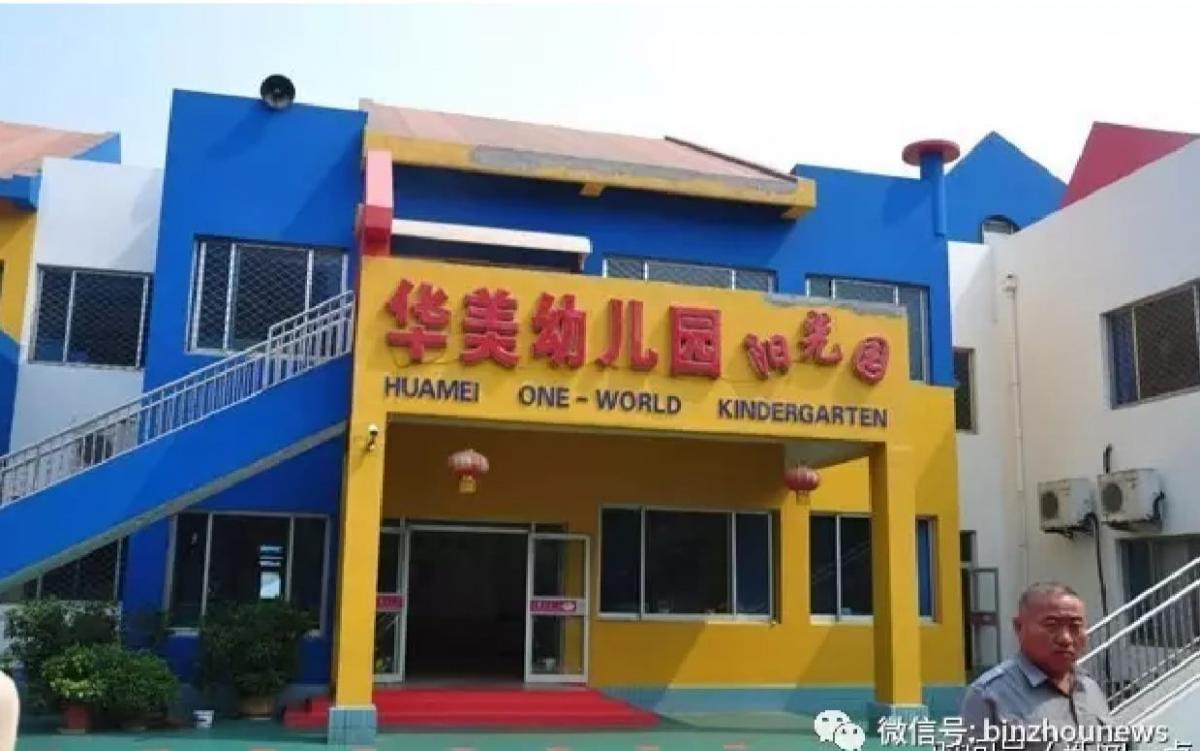 A deserted kindergarten in Binzhou, Shandong after teachers went on strike on 28 June 2017

The response of many parents to this kind of strike action however is to simply demand a refund of their school fees.

As evidenced by the public response to RYB Kindergarten scandal in Beijing, teachers are expected to provide a high quality service and protect the children in their care but little thought is given to providing teachers with a decent salary and the training they need to provide that service.

Many kindergartens and childcare facilities only require teachers to have a high school education. Some privately-run facilities specify no qualifications at all for teachers and consequently pay them rock-bottom wages, often no more than around 3,000 yuan a month.

Many teachers do not have proper employment contracts and are not given the same benefits that teachers at state-run schools are entitled to. If the kindergarten does not make a profit or can’t collect enough school fees from parents, the teachers simply don’t get paid.

Occasionally, teachers get so frustrated that they take their complaints directly to the regional government, such as in Changsha on 28 July when roughly 70 kindergarten teachers staged a demonstration outside the provincial government building only to be beaten back by police.

Local governments tend to be just as unsympathetic as parents to the plight of kindergarten teachers. Instead of guaranteeing better childcare by improving the pay and working conditions for teachers, the municipal government in Beijing now sees teachers as the enemy and will send inspectors into every school to assess the facilities and check teachers’ qualifications.

A similar inspection campaign is expected to be carried out by local governments across the country in response to the widespread public outcry over kindergarten child safety. The Ministry of Education stated on its microblog that teachers “should be held criminally liable according to the law to protect children’s physical and mental health,” and there are now plans to install surveillance cameras in all kindergartens.

A key problem for local governments in China is that they have failed to provide enough state-run or state-subsidized preschool places or staff to meet demand and have simply allowed the private sector to fill the gaps. Moreover, the government has not established an effective regulatory framework, allowing many privately-run institutions to operate as they wish with basically no oversight.

About 40 percent of China’s more than six million preschool staff were employed in the private sector at the end of 2016, according to official government statistics. This is by far the highest ratio of any educational sector in China and the actual proportion maybe even higher given that many privately-run institutions are not officially registered.

For more details on the challenges facing teachers in China, please see our 2016 research report Over-worked and under-paid: The long-running battle of China’s teachers for decent work.